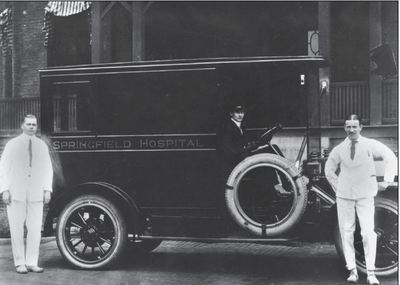 Springfield Hospital fielded its own ambulance by 1916. Although it was a private institution, there was no separate public acute care hospital for the area’s indigent, as was typical in many large cities. This situation would eventually cause problems with overcrowding and maintaining the hospital’s financial stability. The influenza epidemic of 1918 was particularly stressful, with a census of 197 patients during its peak. By the 1920s, overflow patients had to be accommodated in nearby houses, and planning expanded capacity accelerated.